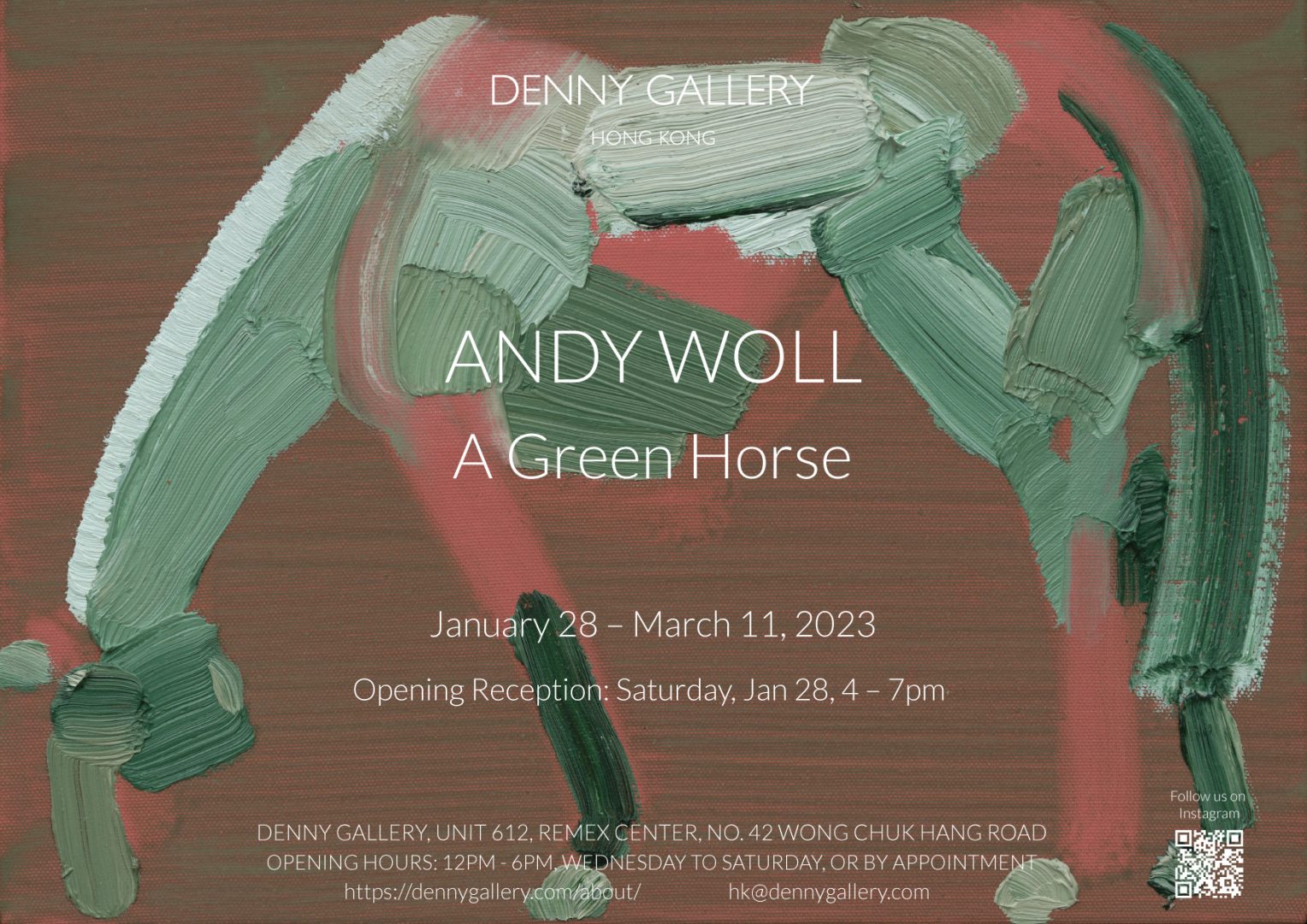 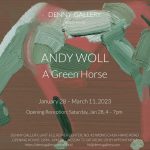 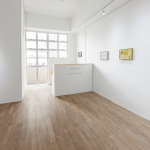 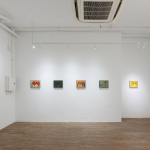 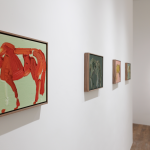 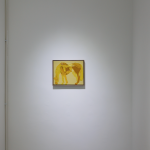 Denny Gallery is pleased to announce A Green Horse, a new body of work by LA based artist, Andy Woll, which will be on view at our gallery space in Hong Kong, from January 28 – March 11, 2023. This will be Andy Woll’s third exhibition with the gallery and his first exhibition in Hong Kong.

The methodology of Woll’s painting practice has been meticulously honed through his specificity of subject matter, his selective and considered use of mark making and a notable focus on pigment and color palette which changes with each body of work. Woll’s sumptuous gestural style which verges on abstraction gives life to both the medium and subject where each minimal stroke is weighted with meaning to characterize both aspects. With this exhibition, Woll focuses his attention on the subject of horses, which has become a consistent thread since 2015.  During this time he has developed a more prominent relationship with these animals, working with them directly alongside his wife, a horse trainer and including them as a repeat  subject for his art practice. In his day-to-day interactions –  riding horses,  grooming them  and watching them in the paddock, he has come to develop a deep understanding of their form and musculature which informs his portraits of the animals and how to articulate them in concisely animated marks. They have become a symbol by which he can test out abstraction and technique using both the similarity in proportion yet difference in character as elements which lend themselves to line work and abstraction. Woll makes an analogy between the use of the brush when grooming the animals and using a similar articulation of movement when using a brush to depict them through paint.

The title A Green Horse alludes to two key aspects relating to the body of work. The first is its direct reference to George Stubbs’ painting A Grey Horse, 1793 which depicts a horse mid-canter. The active form of the horse as well as the composition where it is placed freely in the middle of the picture plane are key points of influence. The central placement of the animals emphasize their importance and reminds us of the traditional role of the horse in Stubb’s paintings,  which was to champion these prized possessions as a signifier of wealth and status in a certain strata of society.

A Green Horse also refers to the particular paint pigment used by Woll, Green Earth. This oil paint pigment has origins in Classical antiquity and became commonly used in the Renaissance for underpainting. The green hues give Woll’s horses an otherworldly, ethereal quality highlighting the mystical traits of these animals which have become such intrinsic counter parts to humans in sport, civil life and therapy.

The horse as a figure has come to represent so much as an archetype in philosophy and ancient mythology, coming to embody a symbolic representation of creativity and power we hold within us. Woll taps into these elements of horses while never losing sight of their purpose in his painting: providing an important foil for his own investigations into the medium itself.