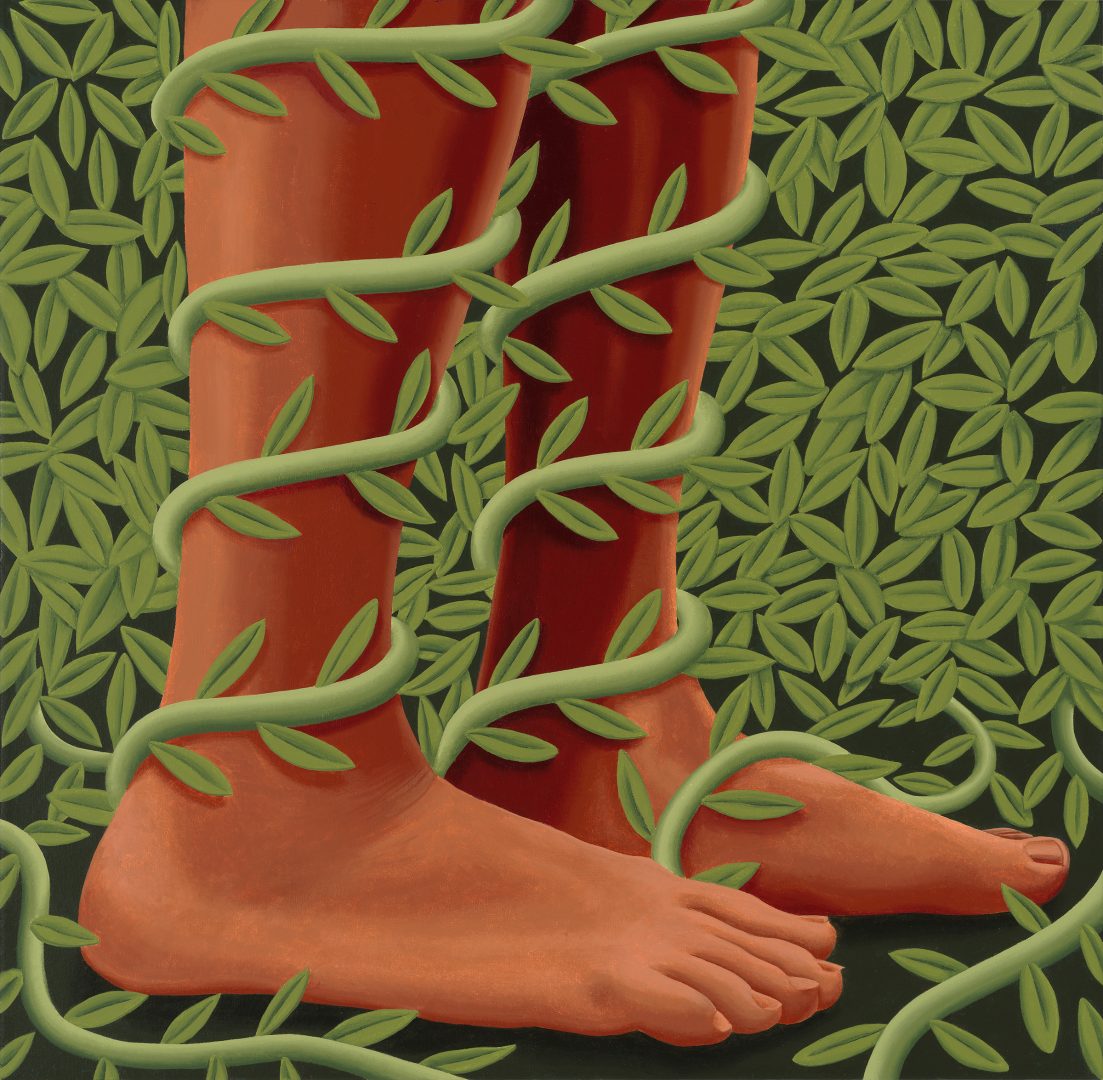 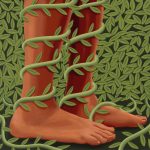 JPS Gallery is pleased to present Our Nature—a solo exhibition by Dan Oliver at the gallery’s Hong Kong location. The works on display reveal Oliver’s ongoing contemplation of nature, both in the sense of the outer, physical world, and as a symbol and metaphor in the mind, where nature becomes the language of dreams and meaning.

Our Nature presents a world inherently teeming with both beauty and danger. It reminds viewers that we are part of nature, we impact it, and that nature also deﬁnes us, highlighting the everlasting bond between nature and ourselves. The world is in constant ﬂux. Ironically, our separation from nature and the desire to control it has led to human caused climate change, and the acceleration of change has created dangers that might be beyond our control. Our Nature becomes a moment of meditation and a reminder of our deep connection with nature.

In this time of uncertainty, Oliver offers us a sense of comfort. In his new work he represents human experience through the subject of nature, memory, and the ordinary world around us. Using recurring elements such as houses from his childhood in a small American town, entwined with undisturbed climbing bushes or human ﬁgures placed against unspoiled landscapes, Oliver creates his unique painterly vocabulary. He shows us the world as if ﬁltered and simpliﬁed through memory or dreams, and viewers are invited to pause, observe, reﬂect on the many meanings embedded in the images and realise how nature can provide us with poetic elements that speak the language of the psyche.

Oliver is interested in how, in the process of remembering, reality blurs into symbols as our minds let details fall away and reconstruct the world according to what matters to us. Oliver said, “Like the mind in dreams, these paintings redeploy the imagery of nature to represent the self. As in our dreams, the paintings are nature imagining itself.”

Oliver’s works are thoughtfully and painstakingly produced. Compositional ideas are drawn, redrawn, and reﬁned. Therefore, displayed alongside the canvas paintings are some of the graphite preparatory sketches on paper that led to the creation of the paintings. These drawings offer insight into the artist’s creative process and give us even more room for reﬂection as we see how the same idea can be realised in different mediums. Frequently, Oliver ﬁnds inspiration from his previous works and creates new works in dialogue with earlier ones. The painting titled  Survivor  was inspired by his 2021 painting  Fervor,  which depicted a man’s torso against a backdrop of stylised water, with his chest open to reveal a burning ﬁre inside. The new painting Survivor plays with a similar juxtaposition of opposites—this time, a man in a lifeless desert has an opening in his back revealing enough metaphorical water to survive the harsh landscape. Seeing the ﬁgure from behind, and beholding the same scene that he faces, increases our identiﬁcation with him, and so in a way, we all are the survivor. Oliver’s painting, The Lake is also a reinterpretation of an earlier work. Here we see a seemingly peaceful scene, yet a broken tree trunk suggests some past violence, and leaﬂess tree branches remind us that nature contains both danger and beauty, life and death. It recalls the threat of climate change and is simultaneously a reminder of the brevity and unpredictability of life. The painting  Entwined  drew inspiration from vines growing on ancient statues. Here we see two feet planted ﬁrmly on the ground as vines grow wildly around and up the ﬁgure’s legs. It implies both stasis and change, permanence and the passage of time. The ﬁgure’s identity remains unknown, prompting the viewer to speculate on the image’s possible meanings.

Whether human desires outweigh the importance of maintaining a peaceful natural environment will continue to be a subject of discussion. Through this exhibition, Oliver hopes to encourage viewers to pause and reﬂect before coming to their own conclusion.