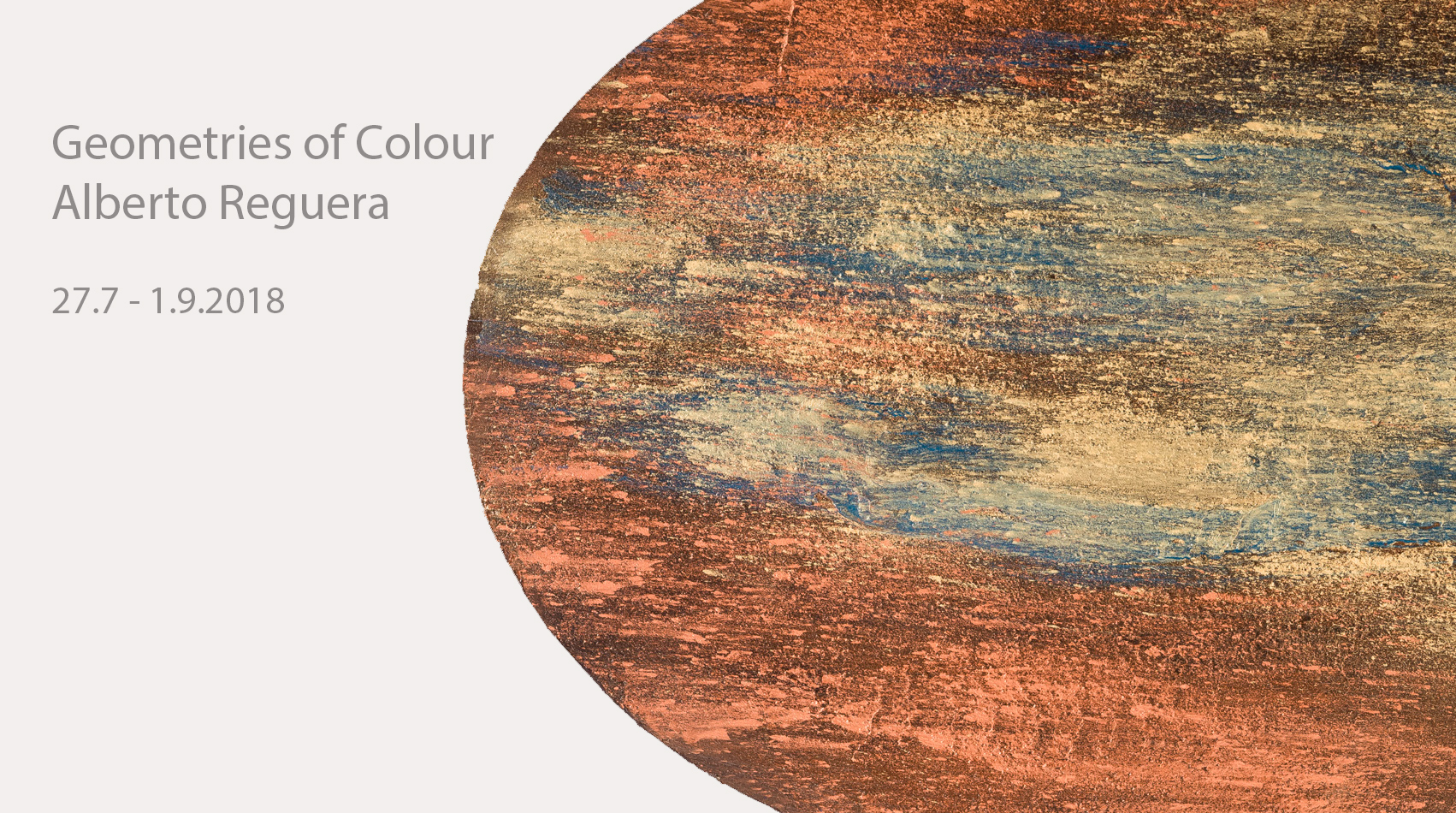 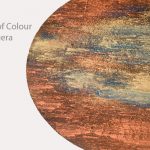 In his summer solo exhibition at Karin Weber Gallery, Spanish artist Alberto Reguera continues his fascination with the vibrant colours of his homeland, reflected in the vivid hues used by the artist in his geometric objects. From warm golds to intense blues and glowing reds, his three-dimensional abstracts capture impressions of the rural scenery he grew up in.

Inspired by the French lyrical abstract painters and their Romantic style, Reguera represents the spectacular vistas of his native Castile using geometric shapes and vibrant colours. His rendition is poetic — be it in the use of painting materials or in the luminous textures that are layered over each other in his paintings. His abstract landscapes had typically been created by a semi-controlled use of powdered pigment applied directly onto a blank canvas surface to create a unique, multilayered texture that resembles distinct geographical and topographical formations.

He offers the viewer a three-dimensional cross-section of view of the painting. Some of his “painting objects” are installed on the ground, forming a painting installation in which each work is a part of a large picture with multiform volume, offering multiple viewpoints. In his more recent endeavours, the artist experiments with different geometrical shapes including circular and elliptical surfaces suggesting a growing interest in exploring celestial and unknown spaces.

Born in 1961, Alberto Reguera is a Spanish artist living and working in Madrid and Paris. A graduate in Modern History from the University of Valladolid, it was his native Castile that induced him with its open spaces. Reguera has been selected on several occasions to participate in various contemporary art workshops at the “Círculo de Bellas Artes” (Fine Arts Society) in Madrid, where he received invaluable help from some of the masters of contemporary Spanish painting including Lucio Muñoz.

Reguera made his Asian debut in 2007 with an exhibition in Singapore. In 2010 he showed his project ‘Beyond Form II’ in City Hall, Hong Kong, sponsored by Consulate of Spain. In 2015, University Museum and Art Gallery of The University of Hong Kong organized a retrospective exhibition of his work entitled ‘Blue Expansive Landscape,’ also in collaboration with the Spanish Consulate in Hong Kong. He staged a retrospective exhibition at Museo de Arte Contemporaneo Esteban Vicente in 2016.  His paintings are included in several prestigious collections internationally including the CEIBS of Shanghai, The Junta de Castilla y Leon, The Fundacio Juan March Museum in Palma de Mallorca, Spain, ColorVISUAL in Barcelona, Spain, ESCE in Paris, Marc Moyens in Washington, D.C., Museum of Contemporary Art in Madrid, The OECD Collection in Paris, Zurich Financial Services in Switzerland and The Royal Collections in Palace of Madrid.