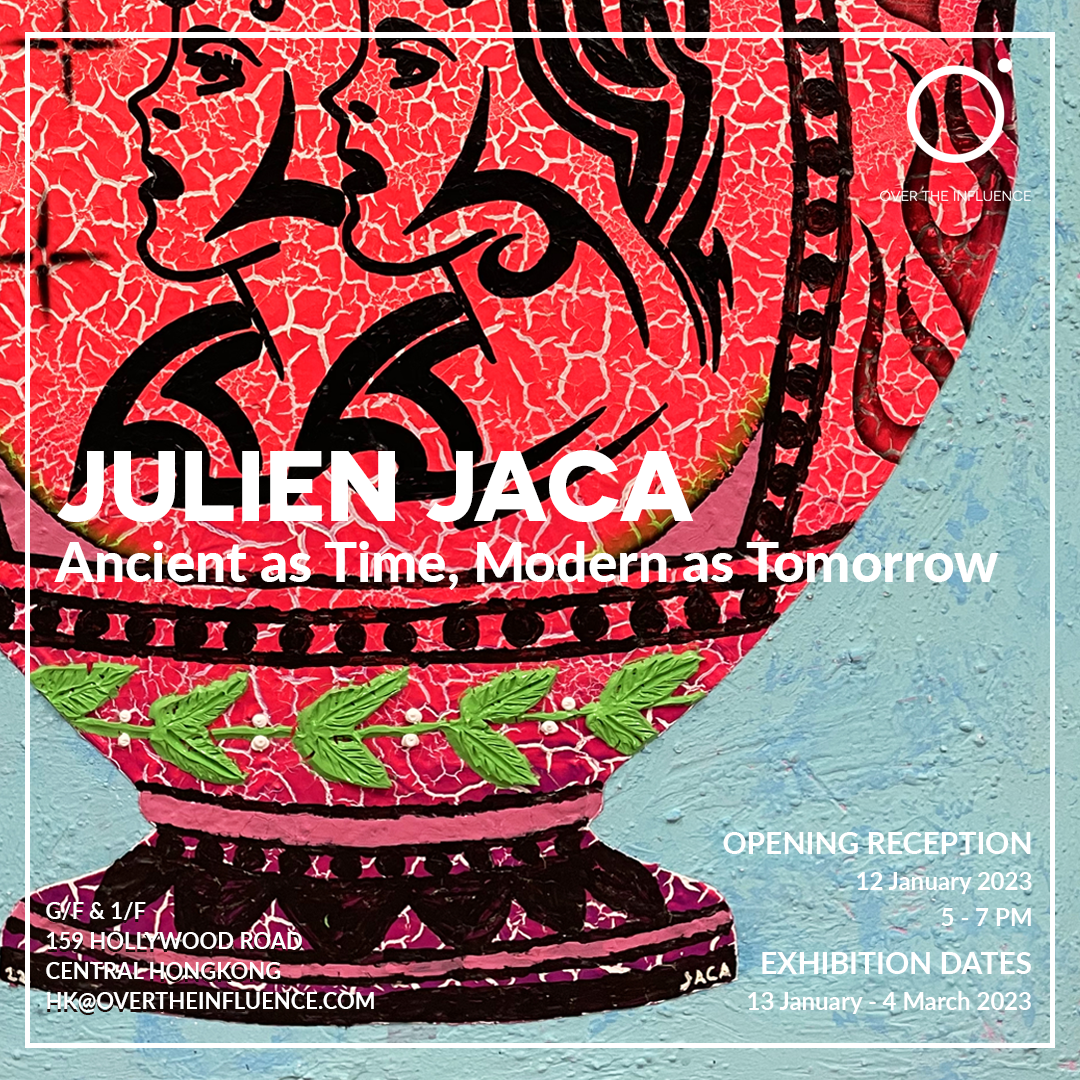 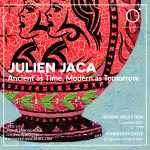 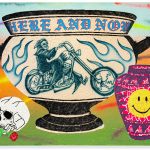 Ancient as Time, Modern as Tomorrow

Over The Influence is proud to announce a new exhibition by the French artist Julien Jaca, Ancient as Time, Modern as Tomorrow, from January 13th to March 4th, 2023, at OTI Gallery in Hong Kong.

Julien Jaca will present his latest series of giant pots with an immersion in the truly contemporary archeology of his paintings both electric and ancestral, made timeless by “the strength of the past, the vision of the future,” in his words.

No need for carbon-14 dating with Julien Jaca’s pots. Seek no further: they are simply ageless. In “Ancient as Time, Modern as Tomorrow,” the artist’s approach is potted in the words of this old adage, raising the precept of traditional tattooing to the status of a manifesto.

“I like to use ancient, traditional forms like antique pots and the crackled earthenware effect of this series, and then adorn them with contemporary images from pop culture such as cartoons and rock or metal typeface. I also like to execute the designs using media in new ways, such as an airbrush designed for painting car bodies and motorcycle tanks.”

By mingling antique iconography with pop figures against garish backgrounds, the artist continues to produce new myths through his work. In this nearly sculptural series, Julien Jaca merges the imagery of ‘70s culture in the USA with the primitivism of tribal art, Native American artifacts, tattoo designs, and other symbols of Generation Y. By initiating this deliberately explosive visual rhetoric, both familiar and enigmatic, insolent and serious, contemporary and ancestral, JACA offers the viewer the choice of reading as protean and freed as his work.