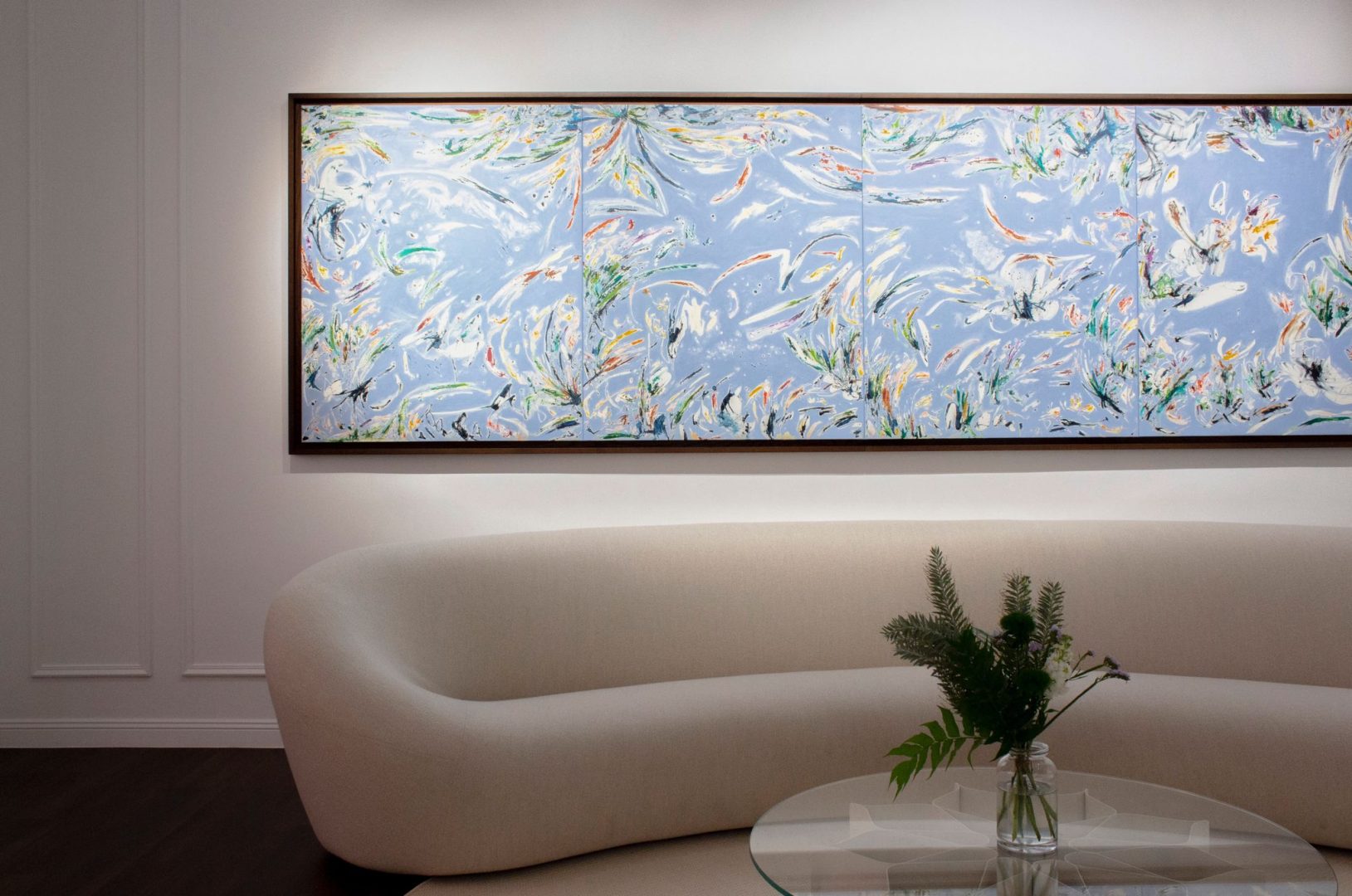 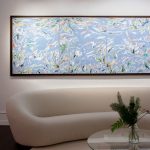 Villepin is pleased to present Murmuration, the debut exhibition of Marie de Villepin in Hong Kong, marking her first major solo exhibition in Asia. The title Murmuration originally describes the enchanting gesture and roaring sound created by ballet birds in the sky in certain seasons. In a similar movement to these birds, Marie captures the energy of various worlds where her multifaceted practice has long experimented with intrinsic expressions through colours, shapes, and rhythm.

For Marie, the canvas is not so much a conventional painting material as an all-receptive medium, a tabula rasa, on which she lays down her diverse ideas and personal experiences, expressed more often by the harmony of colours than by any preordained meaning of figures. After spending much of her life abroad, moving from one culture to another, Marie began sketching, not only to capture the colour or emotion of a moment, but also to ward off the dizziness of frantic change in the passing of life and time.

Her paintings are expansive configurations of spatial experimentations that articulate abstraction as an ever-shifting field. She draws upon ideas from different states and times to explore the spatial relation of each form and the space in between. Shifting and unraveling layers of paint, each figure and shape appear and recede in a multiplicity of directions, drawing viewers among unknown territories and experiences.

In her works, music plays a key role generating a certain rhythm of swaths of brushstrokes that diverge and converge. Where does it begin? Where does it lead us to? Marie’s works explore the importance of mobility and memory, and the relentless changes in forms, where identities, communities, and technologies in this postmodern world can at once be aggressive, oppressive, and repulsive. Through her works, she questions the key issues of our time and introduces new paths through her imagination with its own words and music, in which motifs are repeated, rhythms impart textures, and sounds alternate with voids, stringing together chords and sublimating emotions.