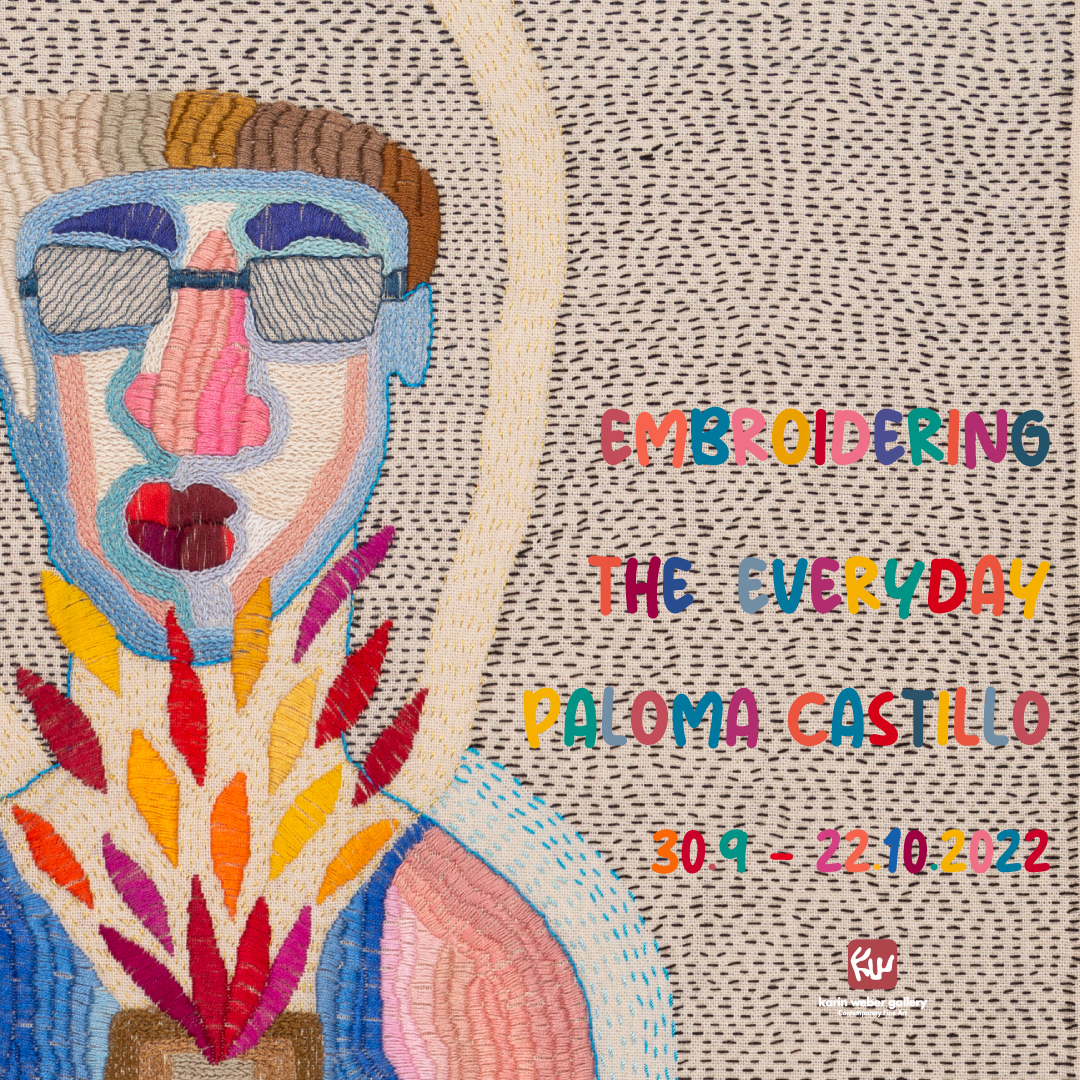 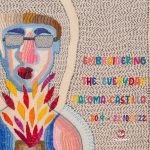 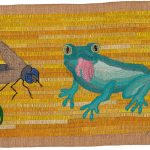 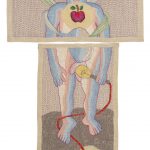 Karin Weber Gallery is proud to announce the first solo presentation of Chilean textile artist Paloma Castillo. ‘Embroidering the Everyday’ represents a selection of Castillo’s signature stitched canvases, capturing the curious blend of personal and intimate, yet provocative and pop-cultural that represents the essence of her work.

Originally trained as a designer, Castillo followed in the footsteps of her mother and grandmother, both skilled seamstresses, to embrace textile and hand embroidery. Her medium of choice allowed her to fuse her designer’s eye and focus on imagery and the visual with the challenging craftsmanship and the meditative process of stitching.

The resulting artworks can be read as miniature ‘mind maps’, processing Castillo’s observations of daily and political life in Chile alongside her personal experiences, with an added layer of mythology and a playful sense of humour. They bustle with life as superheroes, insects and flowers jumble alongside biblical figures, everyday objects such as power cables, and Chilean icons like Maraquetta bread rolls in depictions of spirituality and femininity.

Textile art has only recently gained prominence and popularity in the global art world. Traditionally regarded as a craft, primarily in the female and domestic domain, it took 20th century Western – and also female – artists such as Anni Albers in Bauhaus Germany and Louise Bourgeois in Paris and New York to reinvent the world of textile as a medium of artistic expression. More recently, inter-disciplinary artists like Faith Ringgold and Kiki Smith, both in the US, have integrated textile into their practice in the form of quilts and tapestries. Paloma Castillo has mastered an established medium which is already receiving more focus and interest in new, fresher interpretations.