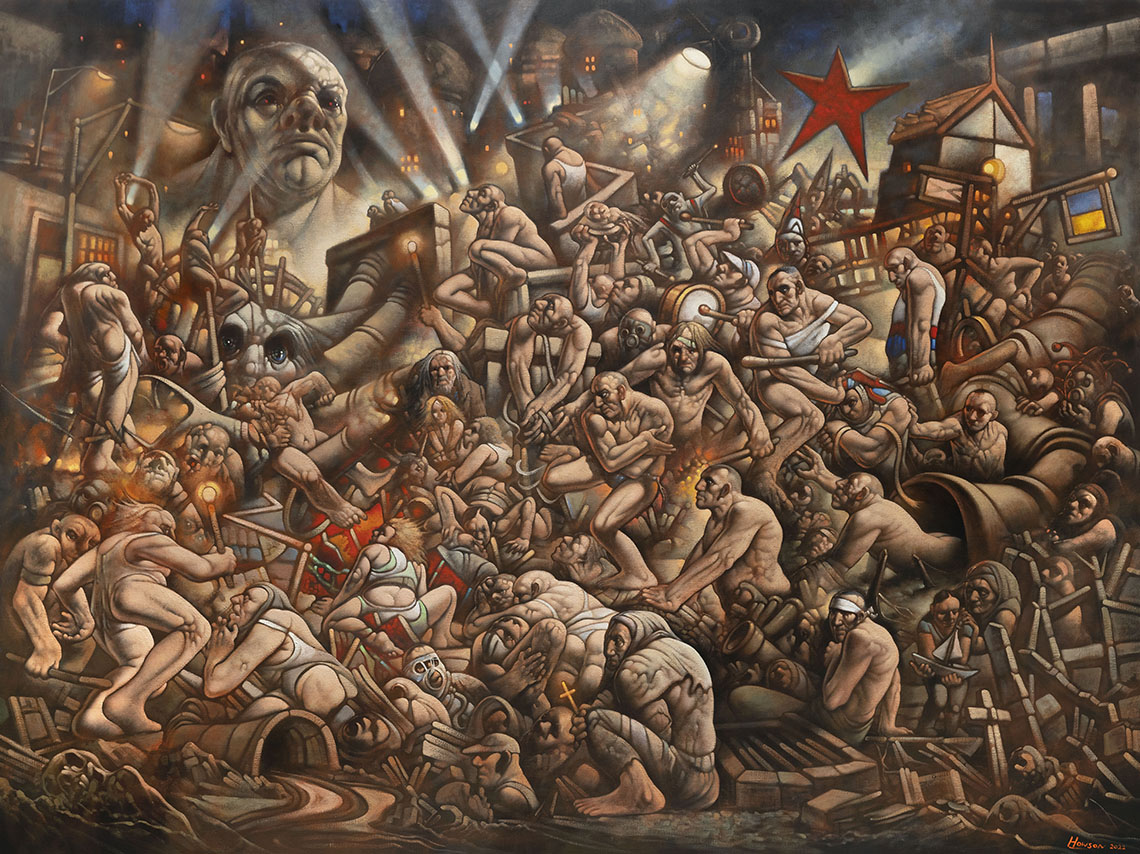 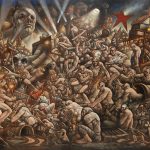 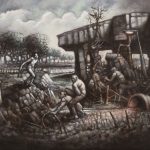 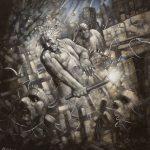 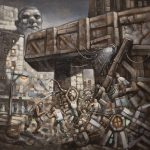 Flowers Gallery is delighted to present new works by Scottish artist Peter Howson, marking his first solo show in Asia. This exhibition of apocalyptic paintings and drawings borrows its name from the Latin phrase from Book 1 of Virgil’s Aeneid, Lacrimae Rerum, which translates as ‘the tears of things’, and addresses themes of crisis, violence, collectivity, technology and its impact on contemporary experience.

Throughout his career, Howson has confronted subjects of human conflict and destruction, both in his former role as a war artist in Bosnia in the 1990s and his own personal understanding of the struggles of everyday life.

In this new exhibition, Howson investigates these themes in highly detailed works that recall the fantastical dreamscapes of Early Netherlandish painter Hieronymus Bosch. These epic tableaus teem with wrestling figures that are often pulled together by sinuous, wire-like tendrils, a compelling visualisation of the connective influence of the Internet on civilization, which Howson often depicts as a corrupting force. In these dystopian scenes, crowds clamber over felled buildings and leaking pipes. Often overlooking these sparring characters and the surrounding destruction are giant figures, a recurring motif in Howson’s work, the other worldly menace of whom echo the allegorical monsters of Spanish Romantic painter Francisco Goya.

While Howson often uses colour to punctuate the drama of his scenes, a series of smaller, largely monochromatic works on panel leave a distinctly different impression. The almost grisaille images endow the figures and their barren surroundings with a machinistic appearance that heightens the dystopic themes of this new body of work.

Peter Howson was born in London in 1958. Howson was a focal member of the group of young artists to emerge from the Glasgow School of Art during the 1980s dubbed the New Glasgow Boys, and one of his generation’s leading figurative painters. He studied at Glasgow School of Art from 1975 – 1977, and returned in 1979 to complete a Masters degree. In 1985 he was made the Artist in Residence at the University of St Andrews and also a part-time tutor at Glasgow School of Art. Howson witnessed the harrowing realities of combat as an official war artist appointed by the Imperial War Museum during the Bosnian War from 1993-4, culminating in a solo exhibition at IWM London in 1994. In 1996 he was awarded Doctor of Letters Honoras Causa, University of Strathclyde. Howson has exhibited extensively in the United States and Europe. His work is represented in public collections including the Metropolitan Museum of Art and the Museum of Modern Art, NewYork; the Tate Gallery, London; the Victoria & Albert Museum, London; the British Museum, London; Gallery of Modern Art, Glasgow; and the Scottish National Gallery of Modern Art, Edinburgh. Peter Howson will be the subject of a retrospective exhibition at the Edinburgh City Art Centre in Spring 2023.