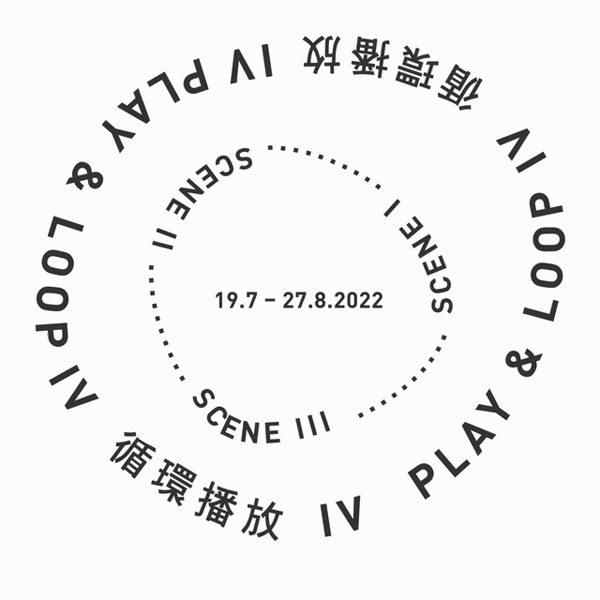 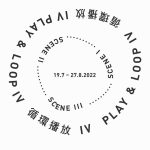 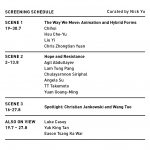 Blindspot Gallery is pleased to present Scene 1, “The Way We Move: Animation and Hybrid Forms”, of Play and Loop 4, our annual summer video screening programme. Lasting for two weeks from 16th to 30th July, Scene 1 features the video works of four artists —Chihoi, Hsu Che-Yu, Liu Yi, and Chris Zhongtian Yuan — from the greater China region and beyond. Given animation’s complex relationship to the medium of moving image, Scene 1 is particularly interested in questioning how artists impart motion to images and ideas, and what in return moves the artists.

The selection of Scene 1 conceives an expanded field of animation that taps into its alchemic hybridity with other media and genres. Subtly braiding diverse practices such as Chinese ink painting, reportage, archival and computer-generated footages, and cartoon illustration, these artists create psychological narratives to investigate and animate the phenomena of the mind and the world. Against the seamless representation of a cinematic film post post-production, the worlds of these artists are raw, disjointed, glitchy, and full of potential for transformation.

Liu Yi paints each frame with incremental changes and imparts motion by playing back the series of frames in her hand-drawn animation. She paints with ink on xuan paper, channeling the aqueous quality of ink to create metamorphosis of amorphous and fluid bodies. Like the animated cartoons from the silent film era, the artist also works with a composer to create original soundtracks to punctuate the shifting mood of her narrative. In A Travel Inward (2015), the artist is inspired by how different colors in black ink separate when submerged in water and uses the chromatographic spectra to model sensorial experiences narrated by users of psychedelics and hallucinogens. In keeping with the urge for psychological intensity, Chaos Theory (2014) is immersed in a sense of unexpected transformation, as scenes of human and nature, copulation and violence, defense and eruption, entropy and fleeing, meld into each other in an unsettling stream of consciousness. In praise of uncertainty and unpredictability, Chaos Theory assesses the split seconds in our historical time when life could be completely changed, and a radical freedom to move takes hold.

Hsu Che-Yu’s Lacuna (2018) plays into the genre of forensic science documentary, utilizing computer animation to restage crime scene action, graph facial features of a rotten corpse, and reconstruct the adolescent memory of a family member. One teenager was murdered after an altercation outside an internet café, which was sensationalized into an animation clip by Apple News, one of their hallmark techniques. Another case relays the police’s effort to reconstruct the identity of the decayed skull of a jane doe through pencil portraiture. Hsu interviews the police officer and the storyboard director of the 3D animation agency to understand the tactic of this fact-finding mission in the guise of scientific objectivity. Against popular media’s obsession with gruesome killing and cold cases, animation for Hsu is the uncanny frontier to mediate death, search for truth amidst irretrievable memory, and conduct speculative archeology in the mind palace of the unknown.

Chris Zhongtian Yuan’s Wuhan Punk (2020) is an essay film that attempts to tell the stories of Wuhan, the historical city now infamous for being the place of the first Covid-19 outbreak. In a voiceover in the Wuhanese dialect, the first-person narrator speaks of memories of the disappeared former member of Wuhan Punk group Si Dou Le, Youth Autonomous Centre and anarchist squatter performance venues, and the epic flood of 1998. As the image meanders between drone footages and computer-generated images, the mythicized industrial city seems to glow eerily in a post-apocalyptic smog, imminent in its fiery destruction. The artist uses animation as a place-marking and memory-making strategy by creating an uncanny intersection between the noisy soundscape and the grimy landscape. Animated by the artist in quarantine in London, Wuhan Punk stages an enigmatic séance to summon the ghosts of disappeared punks and exiled revolutionaries, a desperate attempt to visualize unseen disasters and verbalize unspeakable trauma, present and past.

Unlike the seamless transfiguration of computer or AI assisted imaging, the ancestral soul of animation lives in the liminal space between continuity and disjunction. Harking back to the origin of cartoon strips, Chihoi’s The Train (2007/2022) is a sequence of pencil-drawn images selected from the artist’s graphic novel The Train (2007), adapted from the short fiction Carousel written by Taiwanese poet Hung Hung. The Train depicts an endless journey of a merry-go-round train on an island. The passengers on the train wait for and lose their loved ones in the constant disconnection and reconnection of the train compartments. The tragedy replays in loop as heaps of people, luggage, carriages, dreams, and longing are indiscriminately swept away by waves into the sea.

Also on view in the central atrium throughout the whole programme are the works of three Hong Kong artists restaging the sensorium of alienation, absurdity, and abeyance experienced all too intensely in the city. Yuk King Tan’s Scavenger (2008) documents the performance of street recycler Lam por por who carts a life-size cardboard model of the HSBC Lion. She laboured the heavy symbol of colonialism down the crowded arterial pedestrian way of Central. Her journey embodies the ruthless late-capitalistic logic of recycling and upcycling, freelance and precarity, scavenging and salvaging in the imminent ruin of another ordinary financial crisis. Eason Tsang Ka Wai’s t o u c h (2019) records the artist’s repetitive process of dropping a white glove onto a glass screen. Only the split moment the glove touches the screen remains visible, its slapping arrhythmia a startling signal unpredictable to the most vigilant of viewers. Impossibly, the ultra-thin (infra-mince à Duchamp) screen becomes the closest distance between the virtual space behind the video display and the real world where audience locates. Luke Casey’s House Of A Thousand Assholes (2022) witnesses the journey of a suitcase-carrying Cantonese protagonist departing from Jardine House (the eponymous multiple-orificed skyscraper), wearily rising to the peak via the Midlevel outdoor escalator, and manically descending into the watery depth of Shek-O beach. Resolutely not returning, he personifies a new wave of sojourners emigrating in search of hope, freedom, and perhaps dignity.