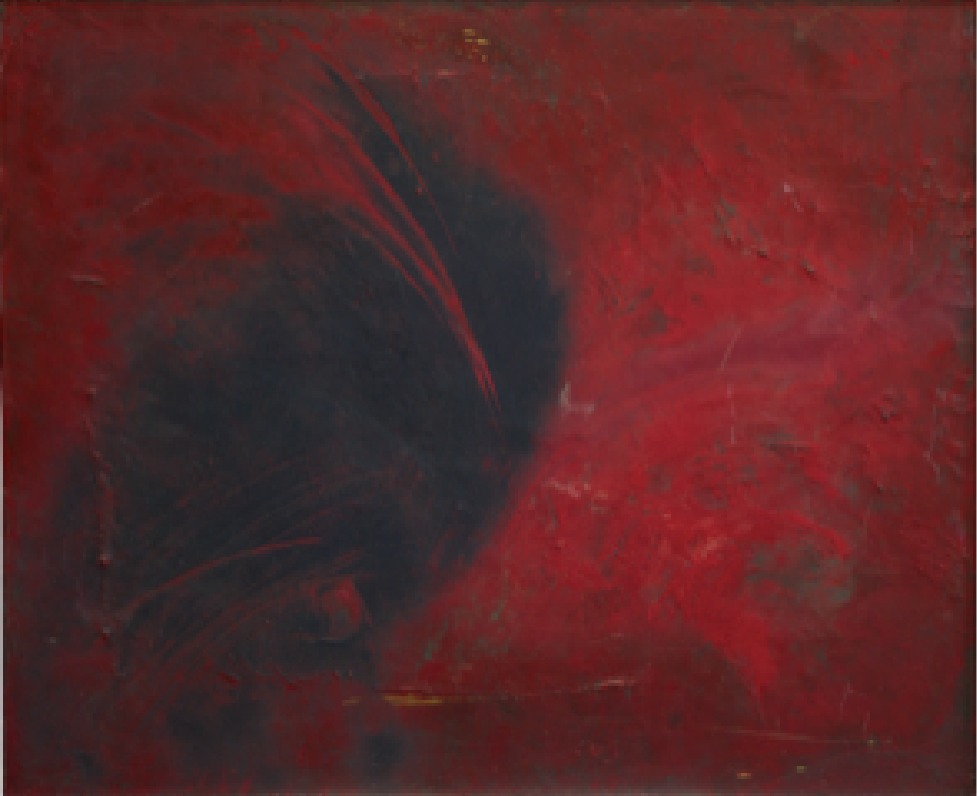 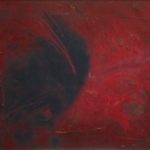 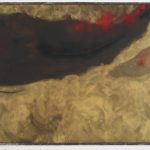 Axel Vervoordt Gallery is pleased to present Ryuji Tanaka’s second solo exhibition at the gallery’s Hong Kong location. The exhibition focusses on various aspects of Tanaka’s oeuvre and presents highlights from different decades. On the basis of a selection of works on canvas and paper, often composed of ink, mineral pigments, and mixed media, it is evident how Tanaka (Hyogo, 1927-2014), as a former member of several art groups, tried to free himself from conventions and dogmas, always in search of his own style of expression.

Of particular importance, one of these groups, the Pan-real Art Association, was co-founded by Tanaka in 1948 (he was a member until 1951) and was characterised by their urge to free the (neo-)traditional Japanese art, known as the nihon-ga, from its tight paradigms. The Pan-real did this by introducing techniques from Western oil painting (so-called yōga), such as the emphasis on light and shadow, with the intention to “gouge out the eyes” and to “reject painting that mingles amidst society’s feudalistic spirit, mechanisms and institutions”, as the group’s manifesto described. Many works of art were made on a large scale, unsuitable for the Japanese houses of post-war Japan, and often without the intention to sell them.

In 1965, Tanaka joined the Gutai Art Association, which already existed for eleven years under the credo to “do what has never been done before,” based on the idea that art is the material manifestation of human spiritual freedom. The group, with Tanaka’s good friend Kazuo Shiraga as one of its prominent members, enjoyed great international recognition in the mid-sixties, with John Cage and Clement Greenberg as visitors to Japan and Gutai exhibitions in Amsterdam’ Stedelijk Museum and in Paris at Galerie Stadler, among others. Tanaka left the group in 1967 in search of his own path, aesthetics, and practise. This exhibition shows the monumental Kishi no Fudo, which can be translated as ‘The Nature of the Knight’ and was created in the same year. As with other works in the exhibition, the title refers to natural phenomena, as Tanaka tried to combine the beauty of nature with the creativity of man.

That search led him in the 1980s to a unique combination of different styles and traditions. With the material that typifies his early work and shows his preference for evolving nihon-ga’s use of natural pigments and minerals dissolved in animal glue, Tanaka sought for greater freedom and the possibilities of using natural elements. In 1986, Tanaka stayed in Paris for a few months where he was taught at Stanley William Hayter’s printmaking studio Atelier 17, which made him more familiar with contemporary printing techniques and with the western art movements that reigned at that time.

The exhibition’s works on canvas and on paper stand out for their particular form and size, the alternance of dark and light tones and the use of natural materials while offering an overview of Tanaka’s qualities. His long search for the possibilities of abstraction results in works whose surface almost seems to float: the glistening of the ores and minerals change with every view. Under the sparkle, which radiates like a glow over the work, surprising colours of deep blue, bright green or warm red can be seen, as well as numerous other colours that take the viewer along in the artist’s exploration. Traditional elements of the Japanese twentieth-century art return to this exhibition, such as the folding screen, the backgrounds of gold, etc., which are uniquely linked to the avant-garde and international perspective of the post-war art movements.

“With nihon-ga materials like natural mineral pigments and sumi ink, I am constantly exploring the potential of the contemporary in the traditional. A unification with nature – that is my artistic principle.”

Tanaka was born in 1927 with the first name Susumu, in Hyogo Prefecture which is now part of the core city Akashi. From 1944, he studied at the Kyoto Municipal Special School of Painting, where Kazuo Shiraga studied as well. In 1948, the year of his graduation, he founded Pan-real, together with a group of artists who called themselves Pan-real Art Association the following year. In 1952, the year after he left the group, Tanaka began working as a teacher in art and music education, and a few years later he changed his first name to Ryuji. In the 1960s, he became a member of the Shin Bijutu Kyokai (New Art Association), the Ashiya City Art Association and the Gutai Art Association (until 1967). Several murals were made by him at that time in Osaka and Matsue. Today his work is part of several large collections in Japan, including the Osaka City Museum of Modern Art, the Miyagi Museum of Art and the Nofukuji Temple, as well as TATE Modern in London. Tanaka participated in a large number of solo, group and invitational exhibitions. His interest continued to grow after his death in 2014, among other things through the inclusion of his work in the exhibition INTUITION in Venice in 2017. Axel Vervoordt Gallery is working on a second volume of the painter’s monograph after publishing the first in 2016.