Shim Moon-Seup: A Scenery of Time at Perrotin Hong Kong 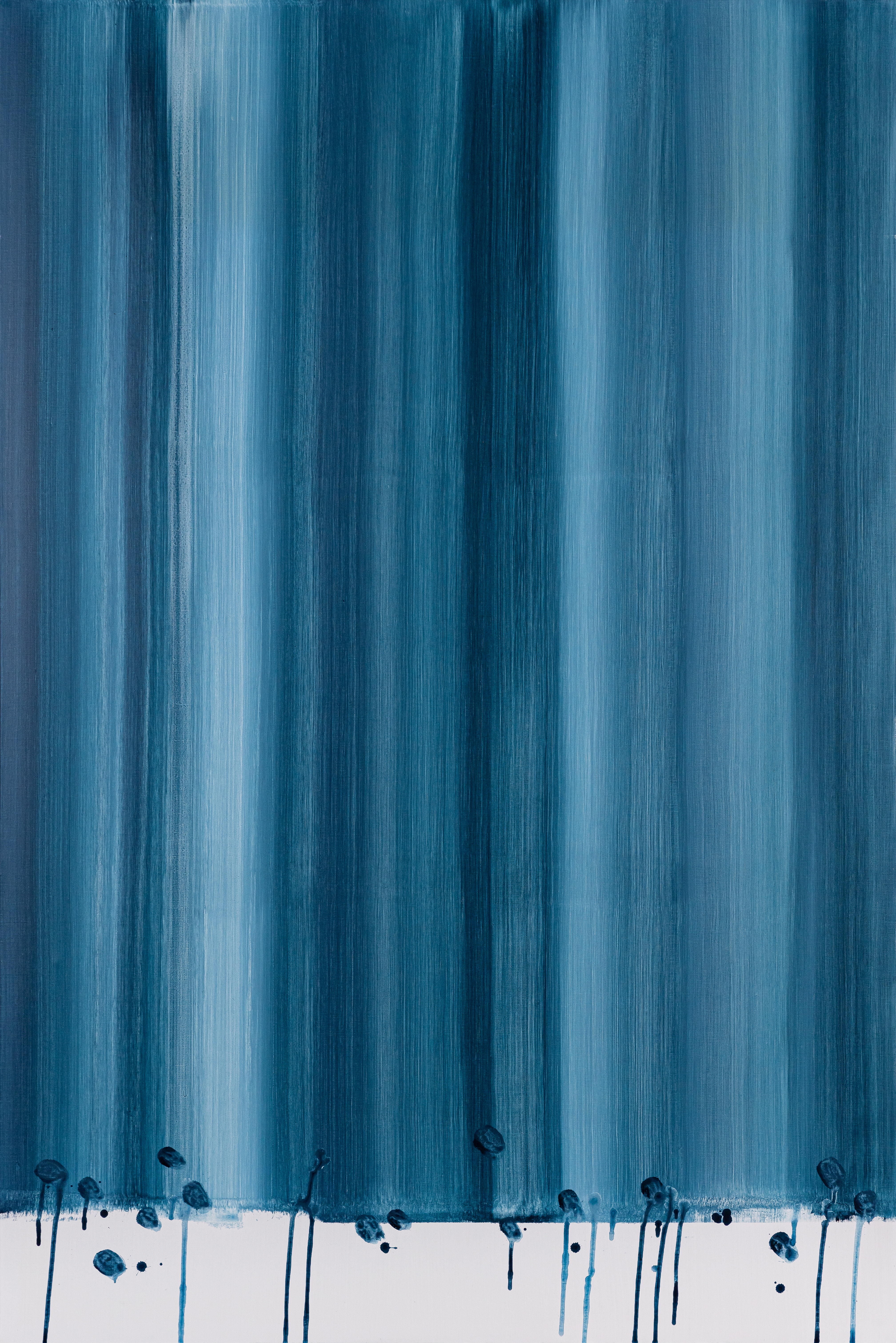 Perrotin Hong Kong is pleased to present A Scenery of Time, a solo exhibition of Korean artist Shim Moon-Seup, whose essential themes encompassing his oeuvre are ‘nature’ and ‘temporality’. Shim continuously strives to pursue the quest for how to perceive and express them with the infinite possibilities of arts beyond the standardized genres and media.

A Scenery of Time, the artist’s first exhibition with the gallery, features paintings in which the artist has been engaged over the recent fifteen years in examining the theme of reverence for nature and its circulation. The artist, who spent more than forty years exploring the inherent properties of the materials as a sculptor, has borrowed landscapes (借景) from his hometown Tongyeong and expanded the spirit of ‘anti-sculpture’, an expression granted to his unique practice by art critics, through paintings.

In the late 1960s of Korea when the limited knowledge of arts overseas was available, Shim, with an urge to the new art, founded the Third Formative Association with his colleagues and participated in the AG (Avant-Garde) movement in the 70s. Shim constantly revolted against the stereotype of sculpture to create and present a fixed subject on a pedestal, and carried out unconventional experiments by using iron, acrylic, cement, and soil which were not used often as traditional art materials at the time. His work remained close to its source in nature and revealed the phenomena of nature left ‘intact’ laying on the floor or leaning against a wall instead of being put on a pedestal. It was the artist’s main formative language which was named as ‘anti-sculpture’. Shim drew international attention with his unprecedented and geometric works presented at three consecutive editions of Biennale de Paris from 1971 to 1975 as well as the 1975 Sao Paulo Biennial and the 1976 Biennale of Sydney. In 1981, he won the Excellence Award at the 2nd Henry Moore Grand Prize Exhibition in Japan. He was also the first Korean artist to be invited by the French Ministry of Culture to hold the solo exhibition Towards an Island at the Palais Royal in Paris in 2007, where world-renowned artists such as Daniel Buren and Niki de Saint Phalle have presented their works. In the same year he was awarded Ordre des Arts et des Lettres (Grade Chevalier).

Through his lifelong quest for ‘nature’ and ‘temporality’, the artist seeks to find the context for something becoming sculpture and its reason to exist, rather than merely focusing on the form of the sculpture itself. Through minimal artistic intervention, he expressed inherent properties of the materials revealing over time, relational dialogue between different materials, and the interaction with environmental circumstances. The philosophy of his artworks has embodied and developed through series of works under the titles Relation ( 《關係》), Opening Up ( 《現前》), Thoughts on Clay ( 《土想》), Wood Deity ( 《木神》), Metaphor ( 《隱喻》), The Presentation ( 《提示》), and Re-present ( 《反芻》). Based on the five primary elements – wood, fire, earth, metal, and water – of the East, he worked with diverse materials derived from nature and their fluid energy. The art critic Shim Eunlog noted that, “He allows the material to manifest its movement on its own, and shows the development from one kind of material to another through his work, thus reaching a ‘circulation’ of natural philosophy and ‘samsara (輪廻, an infinite death and rebirth)’ based on Buddhism.”

Opening Up ( 《現前》) presents how the artist began to approach painting from a sculptor’s perspective, while allowing one to experience the cycle of natural materiality and the temporality associated with it. The suite of paintings which he called “planar works in three dimensions” were exhibited at the Biennale de Paris in 1975 and received global recognition. He accelerated the material’s fading time in front of one’s eyes to create the tableau of discoloration by rubbing the outer surface of canvas with sandpaper. Rather than focusing on the composition of the canvas on the surface, he focused on the materiality of the canvas, like a sculptor chipping wood with a chisel. That is, the element of temporality is morphologically revealed. The renowned Chinese art critic Huang Du said, “Shim’s pieces about time are invisible, abstract, and poetic. To explain further, Shim displays the abstract coalescence of performative time.”

The artist’s two-dimensional works in recent years are nothing like his previous concept-laden “planar works in three dimensions” of the 1970s. On larger-scale canvas, he makes brushstrokes with bright paints that shimmer like waves upon a background painted with dark shaded colors resembling calm and deep sea. Sometimes, the artist seeks for different feelings and expressions by reversing his practice—bright colors first on a canvas and then brushstrokes with dark paints. By his repeated brushstrokes, the upper color is erased, and the bottom color is revived, and vice versa. Darkness and light, horizontals and verticals, and the ebb and the flood, they do not oppose each other, but repeat being erased and reborn like nature, which he delivers to his canvas by creating a balanced state and layers of his performative time in an abstract way. The layers and repetition of brushstrokes covering the whole canvas spreads out beyond the canvas and metaphorically reveals the vitality embedded in the work, giving a deep resonance.

“The reaction of different colors by repeated brushstrokes naturally creates the nuances of the erased, hidden, revived, and exposed parts. The repetition of physical behavior and the coexistence of time and space sensations forges metaphors that suggest many possibilities….. I wish that my work possesses the power to give a certain place a unique atmosphere and draw the memories of distant past from ordinary objects.” – Shim Moon-Seup

In this way, Shim Moon-Seup adopts metaphorical means to convey the ocean’s image and develops a world of imagination. The artist poetically describes the blue-hued waves that appear in this process, such as “primordial blue drawn up from the deep sea,” “white of breaking desires, descending from the sky,” or “white breaking resembling the margins in an oriental painting.” The scenery remaining in the artist’s memory exists on the canvas in various forms, such as blue, dark grey, sky blue, and black in the abyssal sea. The artist’s sculptural thinking does not limit itself to a simple rectangular frame. He erects a piece of painting containing his sea and waves, then another, and another to form his horizon–what we refer to as “an installation.” These placements correspond to the artist’s duality of sculptural thinking and painterly expression, or painterly thinking and sculptural expression, which reaffirms his endless pursuit toward art beyond the genre and media. Through physical expansion, it presents an appealing and sublime beauty as if standing in front of the vast ocean, and the witty arrangement makes it possible to view the painting from a three-dimensional perspective.

“Thousands of islands are gathered and hold the ocean. Boats are briskly running and drawing a white arc on the sea. The spots and the lines of the ocean gather and make a painting. I live in that painting every day.” – Shim Moon-Seup