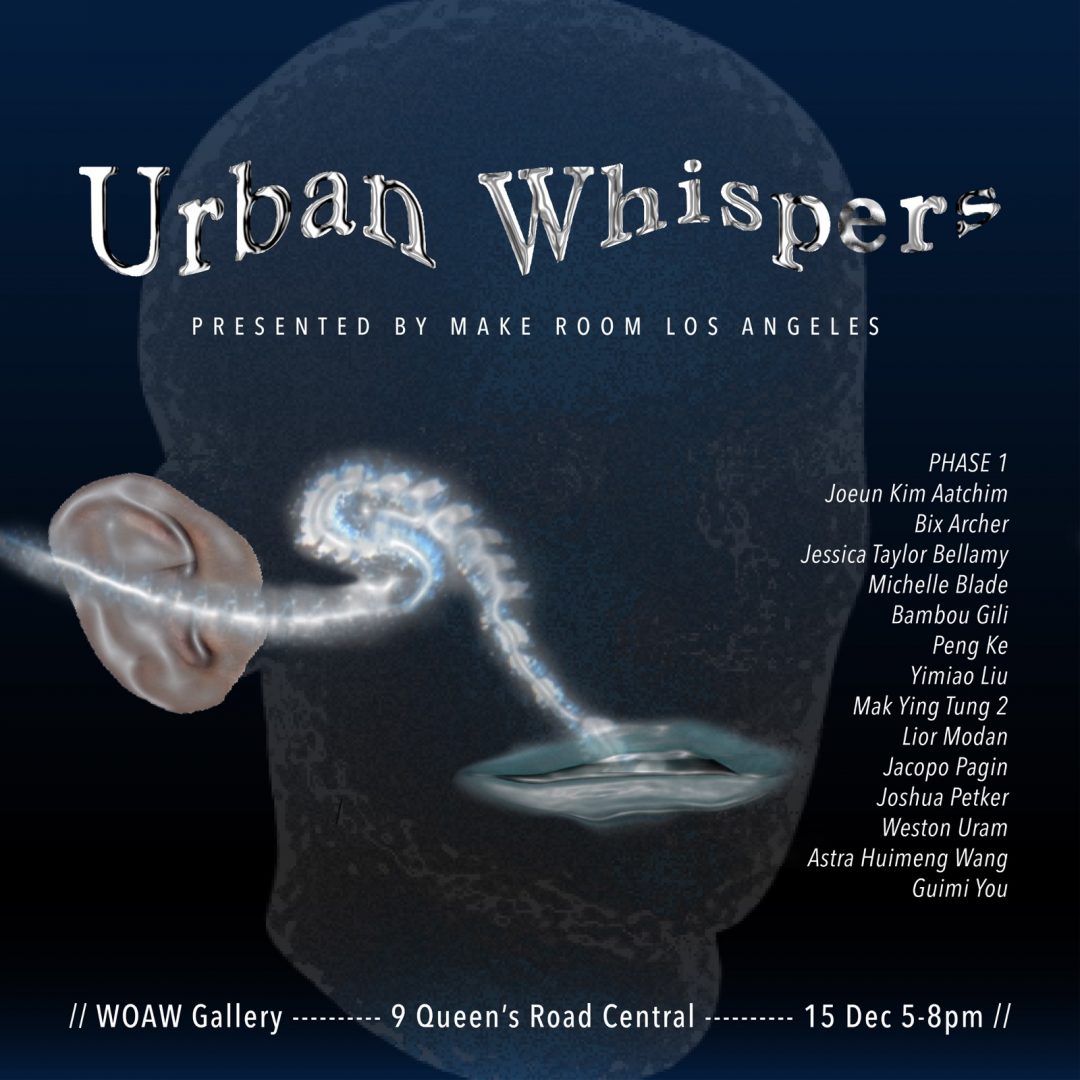 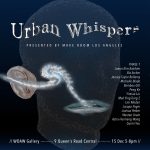 Woaw Gallery and Make Room Los Angeles are pleased to announce a two-chapter group exhibition, Urban Whispers. The first phase of the show will open at Woaw’s Queen’s Road Central location in Hong Kong on 15 December. The second phase will open at Make Room’s Melrose Avenue location on 18 December.

In Italo Calvino’s 1972 novel Invisible Cities, the Venetian explorer Marco Polo meets with Kublai Khan to describe the wonders that he has seen on his travels. As his stories of cities and people unfurl, it becomes apparent to the reader that Polo’s urban landscapes are fabrications of his imagination, each one serving as a poem, parable, or moral tale rather than a description of a real place. Calvino presents to the reader the city as its own urban legend, and within the fictional cities such as Zora, Maurilia, or Ersilia, one can find kernels of truth of what it really means to be a city dweller.

Urban legends are the tools used to make sense of the intense, absurd reality of city living. In Urban Whispers, artists from a variety of urban environments explore visual interpretations of urban myth as it applies to their practice. From hyper-urban scenes to delicate, pastoral fantasies, the show shines a light on the ways in which we process living in a completely fabricated– and completely human– environment. Collectively, these stories we tell are also our love letters to cities we inhabit.

The first phase features work by a variety of artists working in cities around the world, including Los Angeles, Hong Kong, New York, Brussels, Shanghai, and San Francisco.

Joeun Kim Aatchim’s works on silk and Weston Uram’s wooden wall works carve out intimacy within the visual collapse of space, evoking the rush of urban living; The canvases of Bix Archer and Jessica Taylor Bellamy find an intersection between the nostalgia of memory and the pessimism of modern existence; Michelle Blade, Guimi You, and Bambou Gili’s paintings interrogate the presence of humanity within a natural environment, carving out the personal within the urban. Astra Huimeng Wang’s and Mak Ying Tung 2’s sculptural canvases take inspiration from e-commerce websites such as eBay and Taobao, raising questions of globalism within private space.

Peng Ke’s photographs of cities coax out the surrealist elements of urban landscapes; Yimiao Liu’s drawings and the paintings of Joshua Petker are grounded in the artists’ interest in the interconnectedness of existence, highlighting the self-destructive tendencies of humanity in bright, playful color and references to art history and popular culture; Lior Modan and Jacopo Pagin’s surrealistic works capture objects and pin them into their environments, playing with ideas of space, sense, and thought. And Weston Uram’s wooden wall works play with ideas of identity and gender, mixing heady themes of identity with charged sculptural materials, such as silk, wood, and found objects.

In Invisible Cities, Marco Polo relays to Kublai Khan the following: “Cities, like dreams, are made of desires and fears, even if the thread of their discourse is secret, their rules are absurd, their perspectives deceitful, and everything conceals something else.” The artists of Urban Whispers take these dreams and allow them to blossom, creating visual worlds in which the substantive matter of cities and their stories are explored as if anew.

Established in 2018, Make Room is a contemporary art gallery owned and directed by Emilia Yin. The newly relocated 2500 square foot gallery is situated at the heart of Hollywood neighborhood in Los Angeles, made up of two exhibition spaces with an outdoor courtyard and garden.

Make Room Los Angeles supports artists actively engaging with cultural identity, conceptual practices and global perspectives in their practice. Make Room promotes art across a wide range of disciplines, engaging with works from video and installation to painting and sound. With a particular focus championing female, emerging and artists of color, Make Room serves as an international platform for exhibiting experimental works and telling a diverse range of stories. Not limited to a physical gallery, Make Room actively works to generate new possibilities and support its artists’ ambitious projects and new bodies of work. Make Room frequently collaborates internationally, particularly in Asia.

Established by Kevin Poon in 2019, Woaw Gallery specialises in cutting-edge contemporary art in Hong Kong. Currently situated in 2 locations ­– Central and Wan Chai, the gallery introduces a wide variety of artworks by established and emerging artists around the globe with a fresh perspective and translates them for the Asia Market.