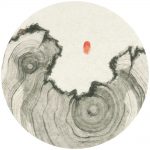 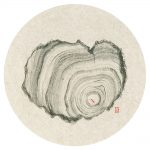 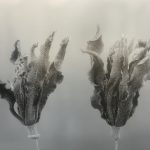 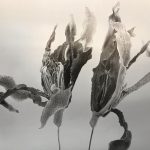 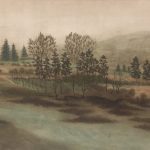 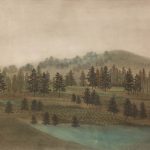 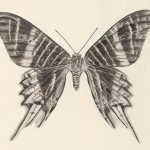 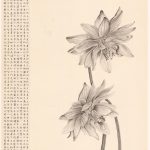 Due to the overwhelming response for Women + Ink | China + Hong Kong in Alisan Aberdeen, we have elected to expand and extend the exhibition, staging it for an additional three weeks this summer in our Central Gallery.

Alisan Fine Arts, a pioneering gallery in the promotion of New Ink Art, is pleased to present a group exhibition for six emerging women artists, each deserving of the increasing attention paid to artworks by female artists within the realm of contemporary Chinese art. The genesis for this show is one rooted in our gallery’s historic commitment to the promotion of female voices, demonstrated by our group shows “Beyond the Jade Terrace” (2014) and “Hope” (2018), and reinforced by the recent buzz throughout the Hong Kong artistic community surrounding the publication of Eliza Gluckman’s Hong Kong-based case study into the realities of a gendered glass ceiling inhibiting the careers of women artists. Gluckman, former Curator for the New Hall Art Collection, Murray Edwards College, Cambridge University, worked alongside independent researcher Phoebe Wong and the Asia Art Archive to research and launch their findings in a series of programming around the group exhibition Women in Art: Hong Kong held at Sotheby’s in 2018 and at Murray Edwards earlier this year, which included artwork from female artists represented by AFA.  According to the research, a very high percentage of women (around 70%) graduate from art programmes in Hong Kong, yet very few succeed to lucrative careers as full-time artists. In solidarity, we decided to take a closer look at the de facto emerging women artists working in both Hong Kong and further afield in China, within the major focus area for our gallery, that of contemporary ink art. The exhibition includes three artists from China: Zhang Yirong from Beijing, Qiao Yuan from Shanghai, and Chu Chu from Hangzhou, and three from Hong Kong: Cheuk Ka-wai, Hui Hoi-kiu, and Ling Pui-sze. These six artists, from the perspective of women of the 21st century, are at the forefront of a movement to take traditional ink painting into a new era.

The three artists from China share a strong foothold in traditional, scholarly Chinese methods, which they express in various forms. Zhang Yirong is known for her quietly sophisticated gongbi paintings, influenced by her eight years of training under acclaimed artist Liu Dan. Her art is swept up in a wide range of classical influences, particularly the Song Dynasty tradition of direct observation, modernised through careful avoidance of hackneyed themes. Zhang’s works are collected by the Brooklyn Museum, New York, and Museum of Fine Arts, Houston, USA. Qiao Yuan represents a younger generation artist working along the margins of traditional ink-on-paper landscapes, innovating the practice with the addition of colour pigments and a layering technique by which the paper is saturated repeatedly to enhance a textured effect. Chu Chu, an accomplished ink painter, calligrapher and photographer, on the other hand, combines elements from these disciplines to create her magnified fruit and flower works. The Philadelphia Museum of Art has recently acquired her work.

Of our artists representing Hong Kong, Cheuk Ka-wai practices a traditional gongbi technique comparable to that of Zhang Yirong, while Hui Hoi-kiu and Ling Pui-sze venture to take Chinese ink a step further into the realm of experimentation. Cheuk Ka-wai is known for her surreal images executed with meticulous gongbi technique. In her recent seascapes, Cheuk uses a golden powder to enhance the ephemeral quality of the finely detailed waves. She has been featured in several major group exhibitions in recent years, including Ink Global (2017) and New Ink: An Exhibition of Ink Art by Post 1970 Artists from the Yiqingzhai Collection at Sotheby’s Hong Kong Gallery in 2013. Inspired by biology and natural social and environmental change, local artist Ling Pui-sze’s large installation piece Warrior 4 is based on the Cordyceps fungus, which attacks its host and replaces the host tissue with an elongated fruit body of branched or complex shape. The sculpture’s exterior is coated with ink jet printouts of Ling’s abstract ink paintings. Hui Hoi-kiu is known for her delicate ink paintings on tissue paper, featured earlier this year in the group show hosted by the Office of the Government of HKSAR at the Rosewood, Beijing. For our current show, Hui has especially created a series of delicately painted fans with motifs borrowed from traditional blue and white Chinese ceramics.