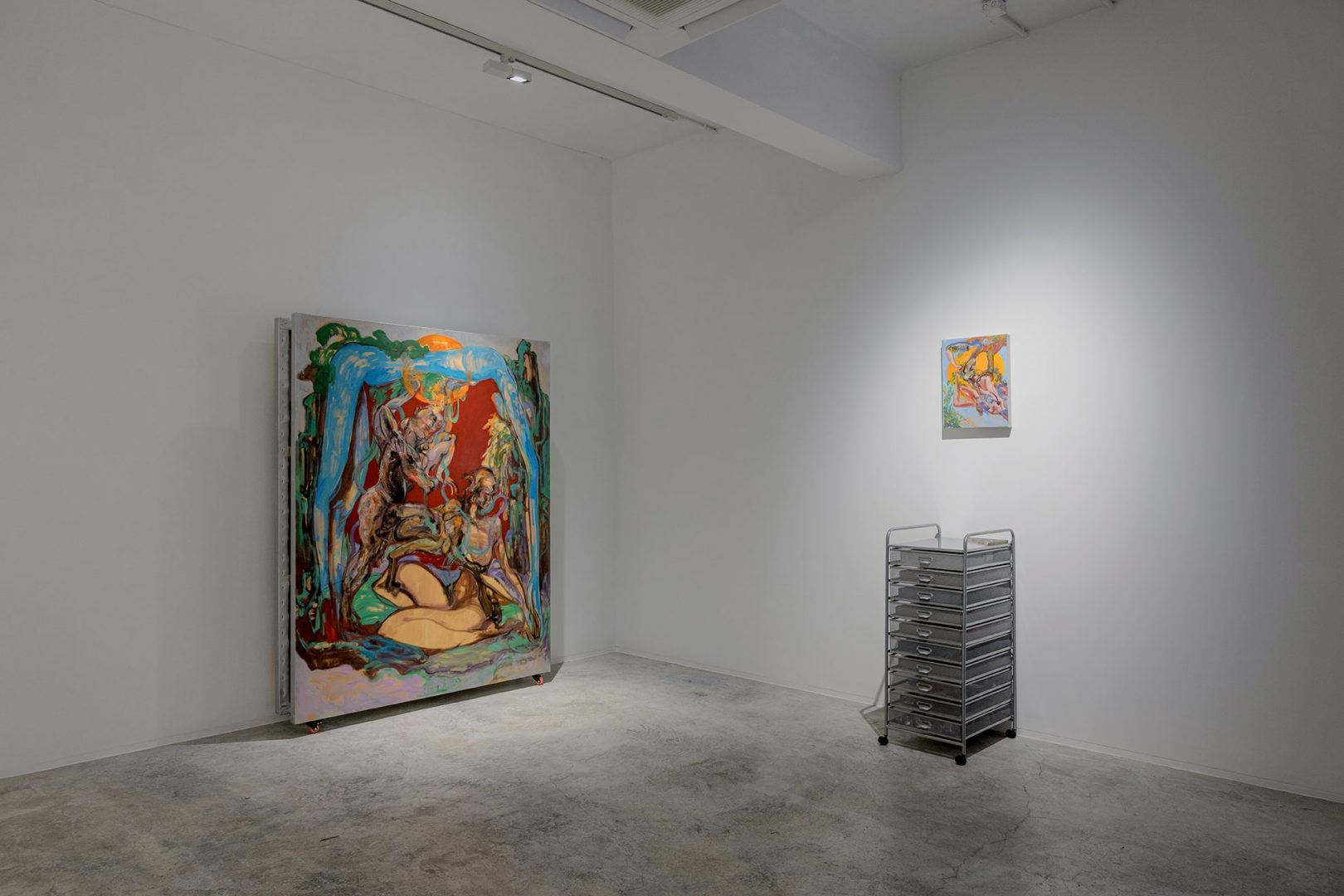 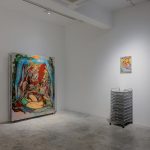 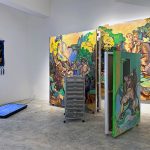 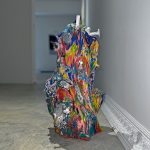 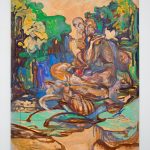 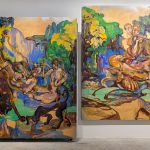 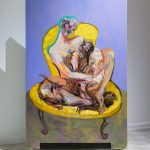 Flowers Gallery is pleased to announce Wu Jiaru’s first solo exhibition To the Naiad’s House with Flowers Gallery, Hong Kong. “The Naiad’s House” is a place featured in the 18th century Chinese novel Dream of the Red Chamber by Cao Xueqin. It is also the name of a room in the restaurant Wu Jiaru’s mother owned (known as a Jiu Lou) where she spent most of her childhood. This exhibition showcases a series of recent sculptures, video works and paintings, which integrate elements of mythology, science fiction and family archaeology.

The artist grew up in a typical Guangdong city in southern China, which was shaped by the entertainment, aesthetic and lifestyle influences entering the mainland through Hong Kong in the 1990s. The Jiu Lou referred to by Wu functioned as both restaurant and entertainment venue, which she describes as an aesthetic hybrid inundated with optimism and desire resulting from economic expansion and the pursuit of individual freedom brought on by social transformation.

Wu’s work examines cultural exchanges between mainland China and Hong Kong alongside questions of identity and belonging, through revisiting personal memories and adapting Hong Kong aesthetics. Through the exhibition, she constructs a memory palace, drawing on her own childhood memories while also reflecting the shared fragmented memory of millennials in Southern China. The sculpture beige_objects (2020) brings together a cluster of items from daily life, such as toys from fast food meal-deals, Apple keyboards and fashion accessories. The surface is unified by a grey dust-like coating, which on closer inspection shimmers silver under the light. The playful manipulation of material highlights the ambiguity of reality, and questions the authenticity of memory and history. Throughout this exhibition, Wu continues her explorations of decentralized ways of writing and recording history, noting: “I wish to present the possibility of historicizing the individual memory.” Some works in the exhibition can be moved freely, symbolizing the fluidity of individual memory and identity and immersing the viewers into the exhibition as they can reposition the artworks themselves.

Wu often examines this entangled period of economic development through her analysis of the aesthetics of entertainment complexes and interior decoration. Her painting daycare_the Tower (2022) is inspired by one of her childhood adventures after school, while the color tones of daycare_twoWaitresses (2022) are from sofas in “the Naiad’s House.” Video works such as Parasympathetic_HK (2016-2022) and 21c_movingimages_collection_water (2022) are described by the artist as collages relating to her nomadic way of living.

Wu says, “I try to introduce a system, an emotional device and to share a way of documenting individual perception, also, to construct a safe island carrying personal memories. I wish to share some sort of emotional conflict and connection with viewers under the umbrella of accelerations, ‘the Southern’ and ‘the special economic zone.‘”

Wu Jiaru (b.1992) is a Hong Kong-based artist who received her dual BA degrees in Fine Arts and English Language from Tsinghua University in 2014, and her MFA from the School of Creative Media at City University of Hong Kong in 2017. Her work is in the collection of M+, Hong Kong. She recently received the New York fellowship grant from the Asian Cultural Council.